What Food Movie Are You Craving Tonight? 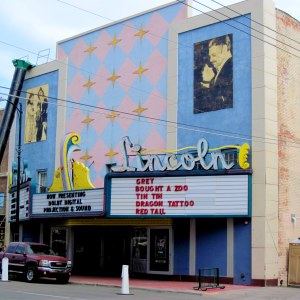 Earlier this week, I determined by purely scientific means that Chocolat is the most perfect food movie ever. But that seems not right. At least one source called it the film most likely to “make a foodie shudder.”

Now that’s a tad extreme. Chocolat‘s soundtrack is beautiful, the cinematography is dreamy, and it’s overall a lovely little film. But the absolute best? Probably not. Our working model – that we like to watch people buy chocolate magically in faraway lands – is probably like CNN’s algorithm that spit out Carmel, Indiana, as the single best place to live in America. Low crime! Good schools! Clean parks! All things we like and want…and yet a bit dull, right?

Besides, like food itself, what you consider the best food movie probably depends on what you’re craving at the moment. So I took the 20 listicles we considered earlier, removed all movies that got only one vote, and ordered the remaining 41 according to your mood.

3. I want to watch people eat other people. Eating Raoul, Delicatessen, The Cook, the Thief, His Wife & Her Lover, or, for the obvious choice, Soylent Green.

4. I want to watch pretentious people eat pretentiously. For modern takes, try Sideways (California wine country) or 2009 Italian film I Am Love (a wealthy Milanese family has a knack for dramatic scenes at dinner parties). If you want an older film, try My Dinner With André, approved by the FDA for treatment of insomnia since 1981. Or you can go even older: The Exterminating Angel (a party of the haute bourgeoisie finds itself unable to leave the dining room after dessert) or La Grande Bouffe (four friends get together at an Italian villa with plans to eat themselves to death).

5. I want to see how a restaurant is run. If you like ramen, try Tampopo.

6. I want to see how an Italian restaurant is run. Big Night or Dinner Rush.

8. I want to see people in the restaurant industry tackle work-life balance. Try German film Mostly Martha or its American counterpart No Reservations, or try Waitress or The Bakery Girl of Monceau (about a girl working in a bakery who becomes enamored of a man who’s in love with another women he’s seen but never met). Or, to see how a seventeenth-century French chef handles his love affair with the King of France’s new paramour, try Vatel.

9. I want to watch a movie about family or friendship with a side of food. For friends, try Fried Green Tomatoes (there’s food in the title and there’s the Whistle Stop Café, but really it’s all about Evelyn and Ninny), Diner (the reunion of a group of friends who used to hang out at a diner in Baltimore), or Harold and Kumar Go to White Castle (which isn’t really about White Castle). For family, try Soul Food (about a close-knit African-American family that gets together over Sunday dinner) or Mystic Pizza (sisters come of age in a Connecticut pizza parlor) or What’s Cooking? (Vietnamese, Latino, Jewish, and African-American families must navigate Thanksgiving dinner).

10. I want to watch a movie about crime with a side of food. You’re in luck! For a comedy, try Who Is Killing the Great Chefs of Europe, a Se7en-like setup in which chefs are killed off according to their most famous dishes. Picture a chef drowned in a lobster tank or a bombe threat. You might also try Eating Raoul. (Well, don’t actually eat him.) Or, if you’d prefer a gangster movie that sort of involves food but isn’t really about food but makes best-food-movie lists anyway, Goodfellas is for you.

11. I want to watch a documentary about food. Well aren’t you intellectual. If you feel like flexing your social conscience, try Super Size Me or Food, Inc. or Fast Food Nation. If you feel like watching a chef instead, try El Bulli: Cooking in Progress about Ferran Adrià’s now-defunct Catalonian temple to food or Jiro Dreams of Sushi about 85-year-old sushi-master Jiro Ono.

12. I want to watch a children’s movie about food. Ratatouille, definitely, or Willy Wonka (or Charlie) and the Chocolate Factory.

Or skip the movie and make dinner instead.

← The 3 Types of Food-Inspired Fashion
A Moveable Feast: A Brief History of the Revolving Restaurant →
Follow Duck Pie on WordPress.com