The 10 Most Interesting Islands in the World 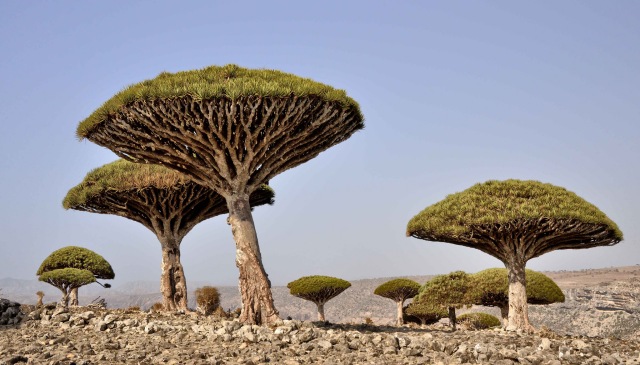 Further west, south of the Arabian peninsula off the Horn of Africa, lies Socotra. Like the Galapagos, Hawaii, and New Caledonia, Socotra contains extraordinary biodiversity. Nearly a third of its plant life, 700 endemic species, is found nowhere else on Earth, for example the dragon blood trees (see above) and the cucumber tree. The only native mammal species is the bat which live in the island’s extensive cave systems. It has been described as the most alien-looking place on earth.

Until an airport was opened in 1999, the island was inaccessible for several months of the year during the monsoon season. The island’s isolation has preserved a unique and ancient culture. Its 50,000 people speak their own language, Soqotri, a Semitic language related to other South Arabian languages. And lines of mitochondrial DNA among the island’s women are found nowhere else in the world.

Read more about Socotra at the New York Times.