Hell’s Kitchen, one of New York’s more colorfully named neighborhoods, sits on the west side of Manhattan between 34th and 57th Streets, Eighth Avenue, and the Hudson River. The area was long home to poor and working-class Irish-Americans. Even well into the late twentieth century, when gentrification began sweeping New York, the neighborhood’s gritty character kept rents below those of most other parts of the borough. But given its proximity to Midtown, it was no surprise when gentrification eventually came to Hell’s Kitchen. Rents there now surpass Manhattan’s average.

Ninth Avenue, the neighborhood’s main street, runs north-south through the area and is best known for its plethora of ethnic restaurants. In the early 1970s, the first Ninth Avenue International Food Festival was held there, a festival New Yorkers still celebrate each May. The festival bills itself as the “oldest and largest free continuing food festival in the East.”

Artist A.S. Graboyes, my mother, was at the festival when it first began. I’ve always seen New York through her eyes. Her incredible photos of the festival in the 1970s showcase a different city than the one we know now: a city filled with different cars, different hairdos, and bigger glasses, but also aging buildings and peeling paint, ragged curtains and rusting air conditioners, Schaefer beer cans and life on the fire escapes, fur coats and rabbits hanging in windows. These images show a place a fascinatingly far cry from today’s New York.

All photographs by A.S. Graboyes.

“With love from Sweden” (A.S. Graboyes) 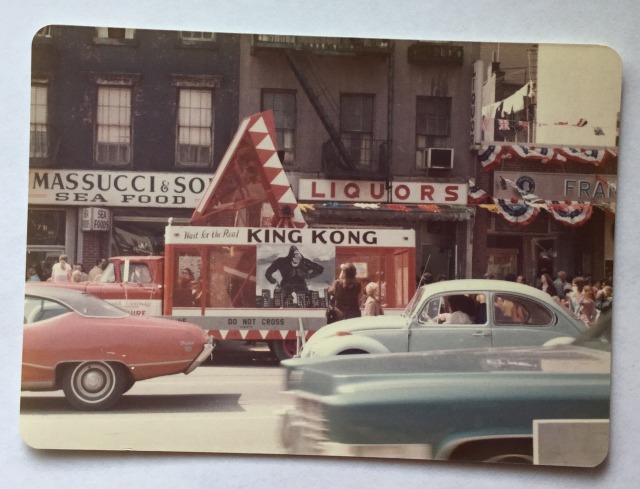 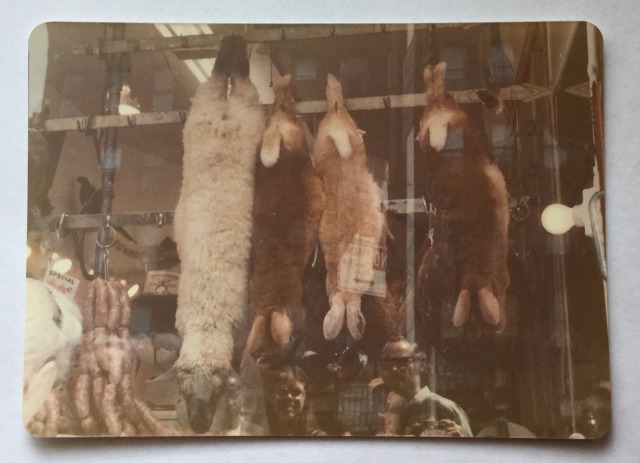 ← Telling Time in Paradise
When Adams Morgan Had a Five-and-Dime →
Follow Duck Pie on WordPress.com